When and where were you born? I was born and raised in Odessa, Texas on November 13, 1976. What is your earliest memory of music? My father was a musician and traveled across the country playing trumpet in his band. We always listened to “doo-whap” music anytime we were in the car. If we went on long trips, my parents put on soundtracks of different movies such as “The Godfather”, “Somewhere in Time” and “American Graffiti” while my younger sister and I listened to our walkmans to Led Zepplin. Who was the most influential person to you as a child? There are 2. My Mother and my Father. Mother taught me dance, which was my reason to live and my father taught me music, which made the world seem like a better place to live. Did you have any nicknames? I did have a nickname, and I’m not sure I know how I got it – but it was “Bear”. I also have the nickname of “Ames” Where did you attend high school? Permian High School (MOJO!!!!) Did you play on any sports teams? No. I was a ballet dancer. Were you involved in any school clubs? I was involved with the club of “skipping class” – whoops!!!! I was also in choir. How would you describe yourself as a student, both socially and academically? Academically – not so good. Socially – not too bad. Did you earn any honors or were you recognized for any achievements? Nope – my focus was elsewhere. Did you attend college? I did not, I got married shortly out of highschool and had my first child when I was 20. What was your first job in radio? You’re going to laugh – but I was “Moo-La – The KNFM Cash Cow” for KNFM – I had to dress up in a cow costume and whenever I showed up to a live remote I would give away $100. In addition to being paid money, how else has your radio career created value in your life? I have learned so many different aspects of radio that has allowed me to also branch out and do marketing and advertising for businesses. Not just radio advertising but all aspects of advertising – from traditional television and radio to digital and social media. Finally, what would be your ideal radio job? I already have it. 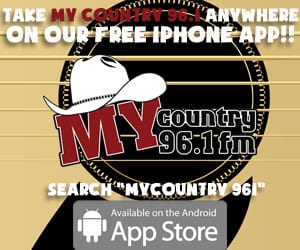 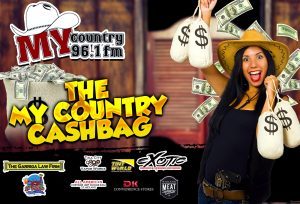